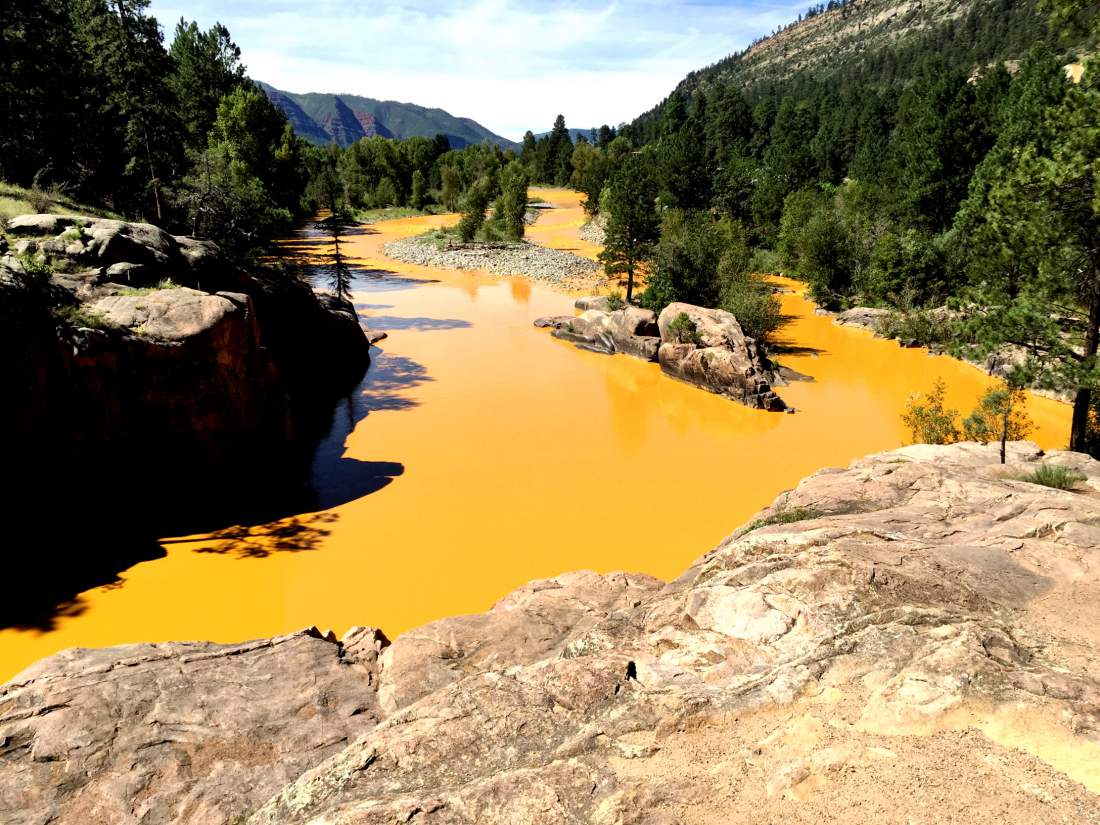 Ronald Reagan famously quipped, “The most terrifying words in the English language are: I’m from the government and I’m here to help.” That quote certainly describes the Environmental Protection Agency (EPA) for folks in Colorado.

If you haven’t heard already, the EPA spilled a whopping 3 million—yes, million—gallons of toxic water into the Animas River, a river what flows into New Mexico’s San Juan River, and then eventually flows into the Colorado River. It’s an accident that could only be described as an act of utter incompetence. NPR reports,

“The spill began last Wednesday, when an EPA cleanup team used heavy equipment to breach a dam at an abandoned mine in Colorado. The team inadvertently released an estimated 3 million gallons of water laden with heavy metals and contaminants into a creek that flows into a river above Durango, Colo…

“Water samples taken after the spill showed lead concentrations in some places that were 3,500 times the normal levels in and around Durango. The wastewater also contained manganese, zinc, copper and cadmium, along with other contaminants [including arsenic]…

“The plume is now working its way toward the San Juan River’s confluence with the Colorado River in Utah. The contaminants have been settling to the ground, the EPA says. But many believe the wastewater might make it to Lake Powell, on the Utah-Arizona border.”

The EPA has warned farmers in the area to stop irrigating water from the river. The agency is also providing bottled water for local residents.

The EPA first attempted to downplay the devastating extent of its spill, minimizing the impact on water quality and claiming fish were already “impaired” from mine pollution. The agency even fibbed about just how many gallons of contaminated water it spilled into the Animas River, originally saying the spill was 1 million gallons. Shaun McGrath, the hopefully soon-to-be ex-EPA regional administrator, later admitted the EPA’s initial response was “not appropriate.”

In an ironic twist, the EPA’s devastating debacle comes just three months after it finalized a highly contentious rule that increases its authority to regulate U.S. bodies of water. Given the level of incompetence, it’s safe to bet that U.S. bodies of water are better left out of the EPA’s reach.