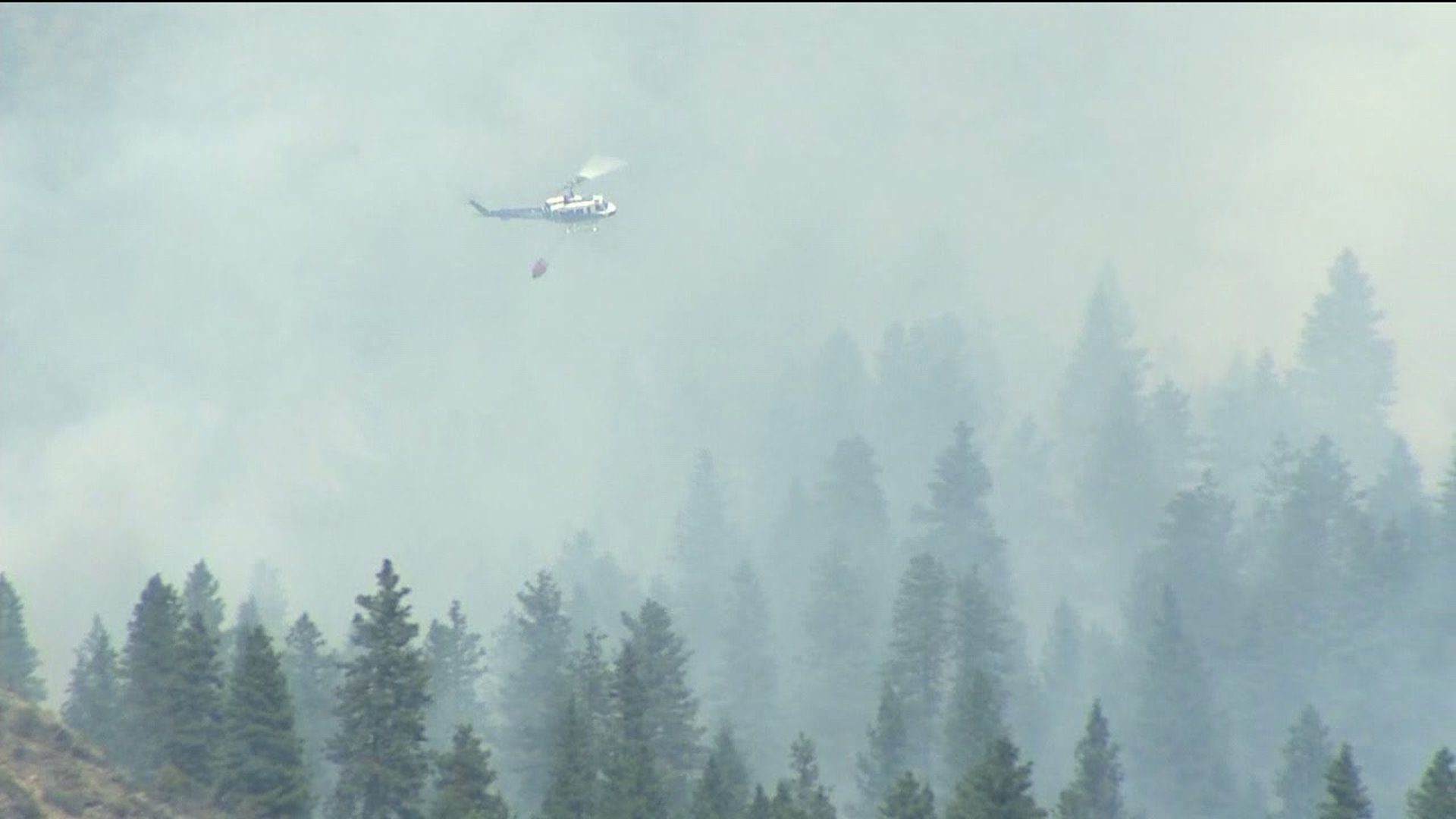 A major wildfire is, once again, wreaking havoc in Eastern Washington, tragically threatening communities and livelihoods. According to the latest reports, the Wolverine Creek Fire, burning around Holden Village on the south shore of Lake Chelan, grew more than 25 percent in the course of one day. The fire has sent smoke into the Okanogan and Methow valleys. The Columbian reports,

“The fire grew to 36,030 acres on Tuesday — up about 2,000 acres from the day before — as it burned to the north and south of the village. Fire crews set back fires from a fuel break around the community to “nurse” the main fire away from Holden, said fire spokesman Bill Queen…

“The fire has now burned up the Tenmile Creek drainage to Hilgard Pass north of Holden, and fire officials are worried it could get into Devore Creek and make a run toward Stehekin at the head of Lake Chelan.”

In marked contrast to last year’s Carlton Complex fire (the largest in state history), Gov. Jay Inslee has stayed relatively silent on topic. That’s perhaps due to the backlash he received after attempting to previously make wildfires a partisan political issue. Not to mention sadness of his attempt to capitalize on the tragedy of last year’s devastating fire. This Throw Back Thursday, we’re taking a look back at the political claims made by Inslee, and President Barack Obama, around wildfires, and how the truth came back to bite them.

During his 2015 State of the State address, Inslee attributed wildfires in Washington State to “the growing threat of carbon pollution.” Inslee made his claim on the heels of the devastating Carlton Complex fire that raged during the summer of 2014.

Inslee wasn’t the only Democrat politician to use the Carlton Complex fire as on opportunity to make a political statement. During his now infamous fundraising tour, President Obama visited Seattle in the midst of the wildfire and claimed that the “wildfire that has burned nearly 400 square miles in the north-central part of Washington state, along with blazes in other Western areas, can be attributed to climate change.” Obama said of the wildfires,

The Carlton Complex fire state began as four separate lightning-caused fires that eventually merged and rapidly spread. Why were these fires allowed to grow and merge with little to no response? That’s what a group of property owners who lost their homes and livelihoods have attempted to find out. Via KING 5,

“The claims by 65 property owners target the agency that led the firefighting effort, the Washington State Department of Natural Resources (DNR).

“‘They sat over there in the field and watched and took pictures,’ Kim Maltias told KING 5 on July 28…

“At the time, DNR said it was trying to determine if Maltias’ home was in an area that was under DNR’s control…

“Thomason says some of his clients believe that DNR allowed the fires to grow bigger so that they would receive more state funding.”

So, residents have claimed gross government mismanagement. And, Commissioner Goldmark and his agency has denied it’s their fault. Which party is telling the truth? Well, a firefighter dispatched to combat the fire recently shed light on the dispute. KREM 2 reported last month,

“KREM 2 on Your Side also sat down exclusively with one of the firefighters who responded to the Carlton Complex. We are not using his name because he said it could cost him his career. He saw firsthand the chaos that comes in any emergency situation. He said all of this could have been avoided…

“Commissioner Goldmark has insisted since the beginning the Carlton Complex was too big and no one could have stopped it. Firefighters said they could have but were told to stand down.

“‘For them to say it was too big on the onset, there were folks sitting and waiting. Me being one of them,’ the firefighter said. ‘You’re going back and forth. You want to help, but you can’t cause you’re getting the order not to.’”

Goldmark has also denied claims that the DNR told people not to put out any fires. But, once again, his denials do not up to the truth. KREM 2 reports,

“One of the biggest stories that has circulated since the fire is that of a plane full of Smoke Jumpers. While responding to another fire in Idaho, they noticed one of the starts from the Carlton Complex lightning strikes. They said they asked if they could jump on it and they said permission was denied. It is delayed action like that, firefighters say, allowed the Carlton Complex to become a firestorm.”

What Inslee and Obama will never admit is that gross government mismanagement can also be to blame for devastating disasters, not just whatever pet political cause they are trying to rally attention around. That’s because—in contrast to Ronald Reagan’s famous words—they believe government is the solution to our problems. So, rather than admit the truth, they choose to capitalize on tragedy in order to make a political point all-too-often pertaining to climate change.

Inslee made his comments attributing carbon pollution as the cause for the Carlton Complex Fires in January 2015. By then, our green governor should have been well informed of the troubling claims residents raised over DNR’s mismanagement. Yet, he chose to completely ignore the people’s concerns. You see, the people’s concerns would have gotten in the way of his attempts to politicize tragedy.

Inslee would have better served our state if he addressed how and why DNR mismanaged its response to our state’s largest wildfire, and worked to ensure it never happens again. Unfortunately, he failed to do that.