Rep. Pramila Jayapal (D-WA) is “extremely disturbed” by Amazon’s $1 million donation to business-friendly council candidates via the Civic Alliance for a Sound Economy (CASE), calling it a “fistful of cash on the scales of democracy.” That same night, however, Jayapal was at Washington D.C.’s swanky InterContinental Hotel at the Wharf attending an elite fundraising event for the “Beat Trump Presidential Climate Unity Fund.” The fundraiser was sponsored by NextGen America, the League of Conservation Voters (LCV) Victory Fund and the National Resource Defense Council (NRDC) Action Fund – a coalition of environmental groups that make Amazon’s “fistful of cash” look like pocket change. In 2018, this group funneled $60 million to help Democrats win back Congress. 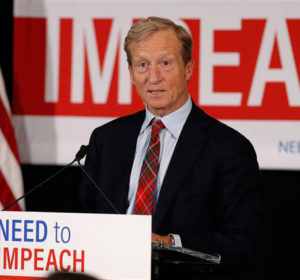 The man with the checkbook behind each of these super PACs is none other than corporate-hedge-fund-billionaire-turned-activist-and-president-wannabe, Tom Steyer. Steyer has poured tens of billions of his money into buying elections and ousting public officials he doesn’t agree with. Since 2013, he has given $8,910,000 in campaign cash to various Washington state candidates and organizations. He is also the main funder behind LCV, who invested over $1 million to secure wins by Democrats Maria Cantwell and Kim Schrier last year.

Remarkably, Jayapal somehow held it together as she solicited for a man who is not only the embodiment of crony capitalism, but literally bought his way into the 2020 Presidential election. Then again…she also stood there on stage swooning over the “visionary leadership” and “moral clarity” of Jay Inslee. Perhaps she is more disturbed than we realize. 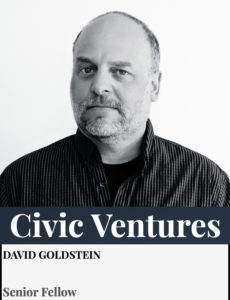 Pramila isn’t the only one losing her mind over Amazon’s political donation. It seems to have triggered the entire Democrat establishment into a hypocritical rage. For instance, David Goldstein, former writer for The Stranger and HorsesAss.org, who is currently bankrolled by Nick Hanauer’s (who made his millions as an early Amazon investor, BTW) Civic Action, has been angrily tweeting about Amazon’s contribution to CASE. Completely missing the irony of his own Amazon-financed job and the almost $150,000 contributed to Civic Alliance for a Progressive Economy or CAPE (not to be confused with CASE – the acronyms are confusing) by Hanauer and Civic Action, a PAC created to counter the Seattle Chambers CASE.

Hanauer, if you recall, is one of the dark-money funders of the Progress Alliance of WA.