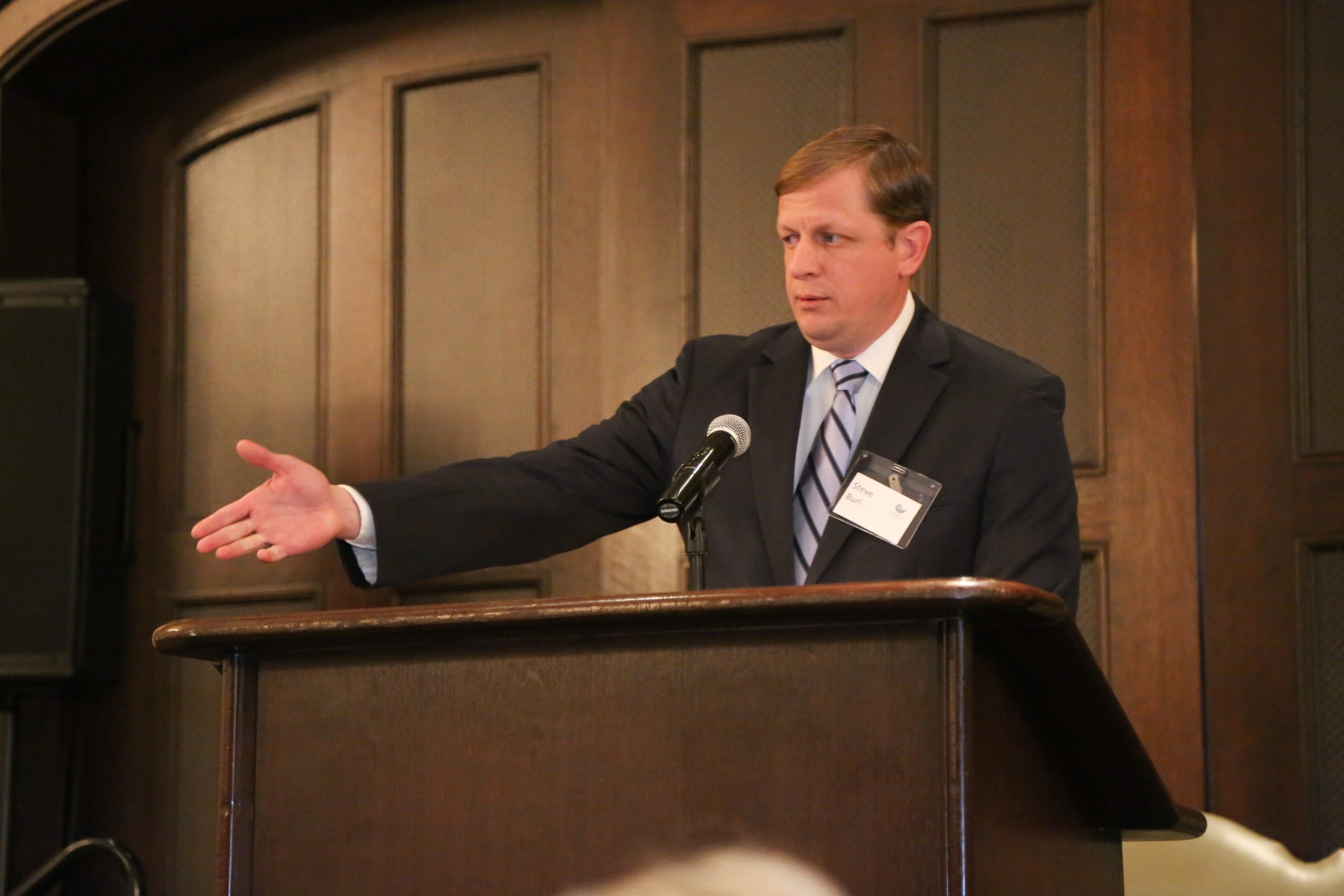 This week’s Newsmaker Interview is with Steve Buri, President of the Discovery Institute, a Seattle based think tank which is at the forefront of a diverse set of local and international issues.  Discovery recently made national news by focusing crucial attention on the dangerous progressive philosophy of “Critical Race Theory” which argues American institutions are “systematically racist.”  In our interview, Buri talks about how the failures of the progressive movement are negatively impacting major American cities and how the Seattle City Council was intimidated into reducing police funding which “will disproportionately harm poorer neighborhoods and communities.” Buri also provides the latest on Discovery’s work on “autonomous vehicles” and Artificial Intelligence.

First of all, for those who might not be familiar with the Discovery Institute, tell us about its history and some of the issues you have worked on.

Discovery Institute was founded thirty years ago by Bruce Chapman, a former Seattle and Washington State elected official and a Reagan Administration national figure. It began as a branch of Hudson Institute, then quickly became the independent Discovery Institute in 1991. Bruce was assisted crucially by George Gilder, who was already famous for his economic insights and high-tech futurism. The role of technology in public policy has been an emphasis of Discovery ever since then, as have issues of wealth creation and poverty reduction. We have also emphasized long range cultural issues, and we’re particularly known as the home of the intelligent design movement. Overall, though we are headquartered in Seattle, Discovery is a national think tank that shows how the ideals that made Western civilization great apply to today’s policy debates. It has a mission of “purpose, creativity and innovation.” That plays out in almost all the science, bioethics, and economic questions of our time.

From the early days we also emphasized northwest regionalism. I think we coined the term, “Cascadia.” Our Cascadia Center on transportation, was responsible for assembling the experts who persuaded the state in 2008 to support the tunnel alternative to the Alaska Way Viaduct, and today it is promoting all-electric vehicles. Our Center on Wealth and Poverty, under Chris Rufo, meanwhile, is focused right now on the problems of homelessness, drug addiction, untreated mental illness and the racism controversy. These are national issues with obvious local applicability.

Recently, Discovery Institute has made national news regarding its work on “urban disorder.” What can you tell our readers about your efforts?

Major urban centers throughout the country have experienced the brunt of so-called “progressive policies”.  The result of these policies is abundantly clear:  increasing disorder, homelessness, rampant drug addiction, lack of treatment for mental illness, vilification of police and other law enforcement agencies, increasing crime, and lack of criminal prosecution of habitual offenders.  Underlying all of these troubling trends is an insidious progressive philosophy—Critical Race Theory (CRT)—contending that traditional American institutions (and those who uphold them) are systemically racist.  This includes the courts, policing, detention facilities, the free market system, and government at all levels.  It is a philosophy that replaces personal responsibility with grievances against the “system”, and it has made its way from universities into many of our most sacred institutions, including even the military.  Left unchecked, this has dire implications for the nation.  The policies also represent a clear and present danger to the millions of residents living in these cities.  Through the savvy work of Chris Rufo, we are working to highlight the failures of progressive policies, to offer compassionate solutions to the homeless and mentally ill, and to challenge the notion that fewer police will mean lower crime and fewer instances of police misconduct.  The fact of the matter is that fewer police will disproportionately harm poorer neighborhoods and communities.

What can be done specifically to improve law and order in the City of Seattle?

I will focus my observations on what is happening in the downtown core.  Needless to say, many downtown businesses are hurting—not simply owing to the COVID pandemic—but also to legitimate fears about public safety.  Last fall, several current members of the Seattle City Council praised the reform efforts of the Seattle Police Department and argued in favor of more police officers. So what changed?  In my view, it is capitulation to the loudest members of the community, and the intimidation tactics of those in favor of defunding the Seattle Police Department.  If, in fact, policymakers choose to reduce the number of police officers, the result will be more crime and fewer businesses.  This hurts everyone who calls Seattle home.

You mentioned innovative transportation solutions.  Tell our readers more about Discovery Institute’s work promoting Autonomous, Connected, Electric, and Shared (ACES) vehicles. Explain what this is and how far are we from seeing this become a reality?

Discovery Institute’s ACES Northwest Network, co-chaired by Tom Alberg (Madrona Venture Group) and Bryan Mistele (CEO of INRIX) aims to make the Puget Sound region a national leader in the adoption of autonomous, connected, electric and shared (ACES) vehicle technologies.  It is a unique private-sector collaborative that includes participation from major technology employers, energy providers, rideshare operators, wireless companies, and innovative software and radar leaders in the area.  An autonomous vehicle future is closer than you think.  Most new vehicles include many of the technologies that will usher in the revolution (lane warning systems, auto braking, cameras and radar systems).  We are working with local and state leaders to launch demonstration projects in the suburban crescent.  The City of Bellevue is a major leader in this effort thanks to a forward-thinking city council and trusted partners in the business community.

Why is the Puget Sound region the best location for this technology to be tested?

This region has all of the ingredients needed for success:  low-cost hydropower-driven energy, innovative technology companies, a desire to develop green transportation solutions, and congested roadways.  The major hurdle in realizing a futuristic vision will not be innovation, but unnecessary government intervention.  We’re working with members of both parties to maintain a “hands-off” approach to emerging transportation technologies.

What other issues is the Discovery Institute working on which might be interesting to our Washington State readers?

Last year we launched the COSM Technology Summit, a one-of-a-kind conference that examined the limits, threats and opportunities posed by artificial intelligence.  The summit featured an illustrious group of speakers including PayPal founder and Facebook board member Peter Thiel, Steve Forbes, Wall Street Journal writer Andy Kessler, and executives from AT&T, Microsoft and Amazon.  The next COSM Summit will take place in Bellevue, Washington in 2021, with the date as yet to be determined.  To learn more about Discovery Institute, I would encourage your readers to visit our website:  www.discovery.org to learn more about our programs, and upcoming virtual (and eventually in-person) events.  There is new content every day—articles, documentary films, blog posts, podcasts, etc.  There is really something for everyone!  I also invite them to contact me with questions, or to learn more about our organization.