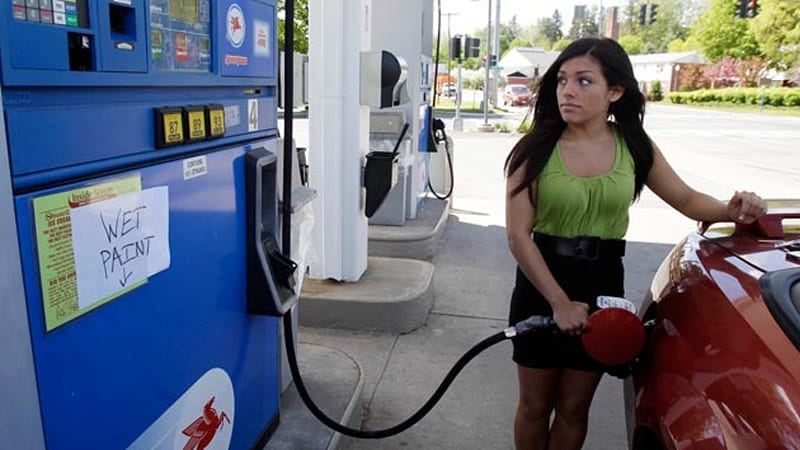 Democrat Attorney General Bob Ferguson is looking for something to do, since he can’t sue the Trump administration anymore. But rather than deal with rampant homelessness on state property, rising crime everywhere, and growing lack of respect for law enforcement thanks to the Democrats’ anti-police laws, AG Ferguson now wants to increase the price of gas and thinks he can “get creative” by suing the oil and gas industry. Despite the U.S. Supreme Court ruling against a coalition of money-grabbing states that have previously sued oil and gas companies, and the failure of dozens of states and local governments to make any substantive case, Bob Ferguson wants to take another bite at the apple.

It’s a double whammy for the taxpayers of Washington. You get to pay for the lawsuit and then no-matter who wins or loses, you get to pay more at the pump to recover the costs of whoever lost.

AG Ferguson, backed by his extremist environmentalist friends (you know, the kind who hate the concept of you owning a car), is pushing the “creative” idea that since oil and gas companies produce oil and gas, they have to pay for the impact from your use of their essential products. It’s a little like claiming that you can sue fast food restaurants for all the extra weight you put on gobbling-up that tasty burger. If this concept was applied to everything a consumer buys, then we’d see lawsuits against pretty much every manufacturer.

Democrat State Representative David Hackney opined in the Olympian that “the time is right” to take a fresh look at how the oil companies have “deceived” the public over the years. A deception that created mobility for all, reduced the price of goods, and let you visit grandma at the holidays. (Yes this is the same Representative Hackney who co-sponsored legislation (HB 1692) which would reduce the penalty imposed on convicted drive-by shooters.  The very controversial bill was introduced at the start of the 2022 legislative session when violent crime rates were skyrocketing.)

What Rep. Hackney really is saying is that he wants the state to file more legally risky, taxpayer-funded lawsuits against private industry in the hopes of generating more revenue for the state. Oh, and a nice side-result for Rep. Hackney would be higher gas prices, forcing more lower-income drivers off the roads, and he’d be quite happy about that.

All this irresponsible lawsuit activity is based on the assumption that the burning of fossil fuels is, as Rep. Hackney states, “the root cause of climate change”. There is no room in the minds of activists like Rep. Hackney, AG Ferguson and others, that climate change is cyclical and caused by a myriad of issues, most of which are completely out of their legislative control.

Never mind, though. If the environmentalists can get AG Ferguson to sue someone for some money, they’ll do it. Even the cows are scared when Democrats start talking “contributing” factors to climate change.

The Democrats hypocrisy is on full display as usual. If you can sue oil and gas companies for the impacts of the use of their products, then why can’t you sue politicians for the impact of their decisions?,