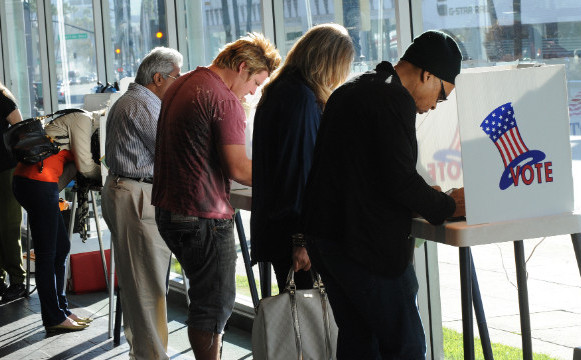 While many working families are concerned about their health and financial future, the leaders of both the national and state Democrat organizations are more concerned about how they can politically benefit from the COVID-19 crisis.  Instead of being concerned about the physical and economic well-being of millions of Americans, Democrats are selfishly using the misfortune of others to push for radically changing America’s election laws to help Democrat candidates.

Altering election laws to benefit themselves is nothing new for Democrats.  We saw it earlier this year in the Washington legislature, where liberals upset with voters passing I-976 (the cab tab initiative) and repealing a Democrat-passed affirmative action law at the polls in 2019, attempted to eliminate state elections in odd-numbered years (HB 2529).  Since liberal voters seem to be less-informed and less-dedicated to voting, a significant portion of them fail to vote in odd-numbered election years.  So, instead of figuring out ways to motivate their voters (who currently ignore the convenience of receiving a postage-paid ballot delivered to their door), the Democrats’ solution was to punish those who currently do vote in odd-numbered year elections by eliminating them.  Fortunately, there was enough media outrage over this selfish altering of state election laws that the bill died in committee.

Now, in response to the coronavirus outbreak, both state and national Democrats are pushing an expensive $500,000,000 proposal to alter the way tens of millions of Americans will vote in this November’s elections.  The Democrats want to eliminate polling locations across America and instead require states to develop new rules to mail ballots to the nearly 150 million registered voters in the country and conduct an entire “vote-by-mail” election in less than seven months.

Currently, there are only five states (Colorado, Hawaii, Oregon, Utah, and Washington) that use “vote-by-mail” to conduct all elections. Some 21 other states allow small local elections to be done via vote-by-mail.

Thus, half of the states would be required by Democrats to conduct their first vote-by-mail election this November, when a projected record  turnout by Americans will select our President, Vice President, 36 Senators and all 435 members of the House of Representatives (as well as 11 Governors).

Why are the Democrats so determined to radically change the laws and why do they want to do this so quickly?  There are two reasons:

Because it is just over six months until the November elections, this greedy and self-serving Democrat scheme is incredibly reckless for it will likely result is mass confusion in nearly every state.

Let us consider what election officials have said would need to be done for the Democrats’ irresponsible proposal to be implemented successfully. Another 45 states and nearly 3,000 county election departments will need to:

States and counties would need to perform all these tasks in six months’ time, while all current elections’ administrators (and possible vendors) are working from home and while state and local governments are facing revenue shortfalls and many far more important issues.

Inevitably, if Congress implemented the Democrats’ self-serving and reckless vote-by-mail proposal, our 2020 election could become the most error-filled and the least-trusted election in our country’s history.  But the selfish and irresponsible Democrats are willing to do this if it means there is a possibility they could obtain an advantage in the election.

By actively promoting a sweeping change to our country’s election laws, the Democrats have proven they believe their selfish needs are more important than 1) conducting accurate and trustworthy elections; and 2) spending a half billion tax dollars to help low-income workers who are currently struggling to feed their families.