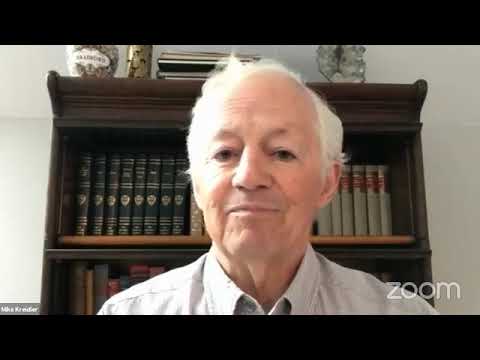 When Democrats think Republicans have even had a passing thought about something which Democrats consider mildly offensive to minorities or women, the cries of racism or sexism are immediate, loud and accusatorily clear. However, when a Democrat ACTUALLY is caught making a racist or a sexist remarks, multiple times, the silence from the Democrats is deafening.

Democrat Insurance Commissioner Mike Kriedler, who has spent his political career trying to increase your car insurance rates just for his personal amusement, has been caught suggesting that transgender individuals are just men with breasts and that his Korean born staff can help him talk to his neighbors because he couldn’t understand their accent.

Republicans have responded suggesting it might be time for the 78-year-old to step down, as it’s obvious that Kriedler is losing his ability to do his job. If Kriedler was a Republican, the Democrats would be screaming for his head on a platter.

Ironically, it’s the lack of outrage from the Democrats that shows how intoxicated they are with power and will do anything, including ignoring the most outrageous behavior, to protect it. Democrat Representative Tim Ormsby all refused to answer questions from a Spokane newspaper on the issue.

All three legislators are afraid that their comments could cost Kriedler his job and loosen the party’s grip on power in Olympia. In a year in which the voting public has had enough of liberal shenanigans, it could be fatal to the Democrat control of the state.

Rep. Riccelli, who sponsored legislation to give Democrats more seats on the Spokane County Commission, ironically said at the time that the legislation was introduced as “a move to really control power”. By not publicly opposing Kriedler for a blatant violation of Democrat ideals, Riccelli’s hypocrisy is loud and clear.

For Riccelli its more about power than principals.

Democrat Senate Majority Leader Billig also is on shaky ground. The silence from the Democrat is understandable since his caucus was accused (but ultimately cleared) in an investigation of “hate, sexism, racism and misogyny” – which was made by one of his own Democrat Senators. Billig is probably still a little shell shocked from the accusations and doesn’t want to open old wounds.

Where there is smoke, there might be a fire, as it certainly feels like the lack of comments from the Democrats are because the accusations are a little too close for comfort.

Kriedler, in typical Democrat fashion, attempted to brush aside his racist and sexist comments by claiming it was just a case of “careless words”. Apparently a Kriedler apology is all that is needed to satisfy Democrats and allow Kriedler to keep his job. A Republican in the same situation could have sneezed in a vaguely offensive manner and would have been convicted, hung, drawn and quartered by the mainstream media and asked to resign within 24 hours.

The Republicans are asking for some action from the Democrats on Kriedler’s behavior. Republican Senator Mike Padden has suggested Kriedler might consider stepping down, but didn’t go as far as calling for his resignation. Unsurprisingly there has been no response to Sen. Padden’s request from the Democrats.

Nothing is likely to happen, as Democrats rarely eat their own unless they get caught supporting a Republican.