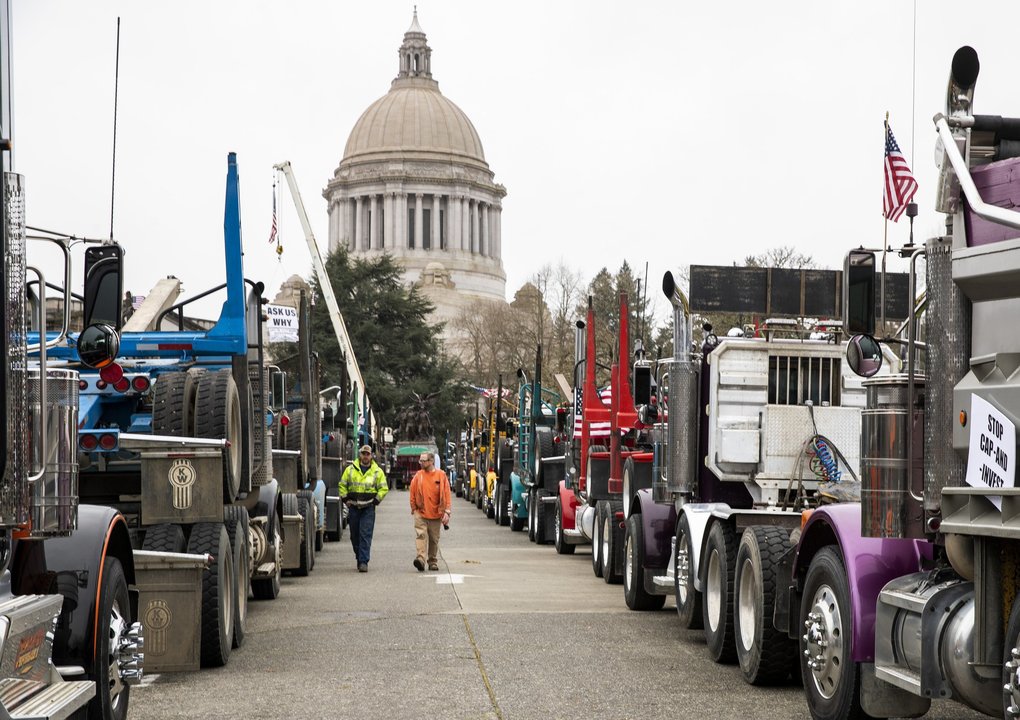 We are now in the last week of the legislative session (unless there is overtime), and the most controversial bills are getting another look before adjournment. On Saturday, the Tacoma News Tribune editorialized in favor of one of the session’s most discussed bills, the Low Carbon Fuel Standard (LCFS) in House Bill 1110.

In an effort to force Washington residents to pay even more at the pump for gas (where taxes are already 4th highest in the country), Democrats in Olympia have been pushing HB 1110 since last year. It would create an LCFS and increase gas prices by up to $0.56 a gallon (according to a government estimate) with little or no positive effect on the environment. In fact, the LCFS would not only raise the price of fuel but could also reduce the longevity and reliability of engines.

Things, however, are not going as expected for the tax-hungry Democrats in Olympia.

It’s obvious the liberal House Democrats are doing an old-fashioned shakedown of their own party, at the expense of Washington road and transit users.

The LCFS legislation has been introduced on the heels of Representative Jake Fey’s recent 10 cent gas tax increase proposal, House Bill 2913, which would pay to upgrade fish culverts under state highways. In total, the two pieces of proposed legislation would cost Washington drivers up to $0.66 per gallon of gas with no additional road capacity or improvements.

There seems to be no end to the amount of gas tax increases the Democrats want.

Earlier this month, Senator Hobbs scolded the Transportation Committee, the public, and anyone else in earshot claiming that we need new funding sources for transportation. He stated that we shouldn’t be afraid to talk about increasing taxes and that putting our heads in the sand wasn’t an option. His proposed transportation funding package, of course, included a gas tax increase.

Interestingly, Hobbs district seat-mates Representatives John Lovick and Jared Mead failed to sign the low carbon letter. Probably because they also don’t want to be scolded and have the transportation projects they want for their constituents cut from the budget.

Many of our transportation projects cost more than they should and have huge cost overruns. Before asking for more gas taxes, maybe the Democrats should be looking to reduce those costs through legislative reform and using the money they already collect from Washington drivers more wisely.