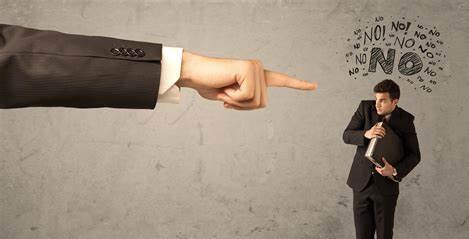 Last month, despite plummeting numbers for both coronavirus infections and hospitalization admissions, Democrat Governor Jay Inslee decided not to allow his subjects, the citizens of Washington State, to return to some level of normalcy in their lives by returning to work and re-opening their businesses keeping everything locked down at 25% of what it should be.

Despite overwhelming evidence that the coronavirus is subsiding, Inslee doesn’t want to relinquish his control over everyone’s lives in Washington. Inslee is either scared, a control freak, or doesn’t know what he is doing. Or maybe it’s all three.

Washington residents have put up with Inslee’s weekly lockdown decree’s for coming on a year now, and while in the spring of 2020, most would have agreed with staying home and staying safe, until the virus was understood, now it’s becoming obvious this is no longer about keeping people safe and fighting the virus. This is about Inslee and his friends staying in control.

While Washington workers have been sacrificing their jobs, businesses, savings and retirements, Inslee has been collecting his government salary, living on the taxpayer’s dime in a fully staffed mansion, and has state patrol transporting him around wherever he demands. Be under no illusion, there has been no sacrifice in the Inslee household.

In a magnanimous act of graciousness, Inslee decreed that the regions of the state already under phase 2 of his lockdown edicts (that’s the whole state if you were wondering), may stay in phase 2, and not regress to phase 1, which if you have forgotten, is bread and water only for the peasants.

Inslee and his administration have no plans for a phase 3. Inslee has yet to suggest what a phase 3 would look like, and so no changes will be made to the lockdown mandates. Expect an announcement in the next few weeks, maybe.

Remember Inslee is claiming this is all based in science, except when it’s not. The Ellensburg/Yakima/Tri-Cities/Walla Walla region was told to stay in phase 1 a few weeks back based on the infection rates and hospital occupancy numbers, until it was discovered, after a public outcry, there was a ‘mistake’ in the data. Ooops.

The states own numbers show that infection rates will be below last March’s levels within a few weeks.

For the Inslee administration to have no idea even what a phase 3 would look like demonstrates how bad his management skills must be. Inslee and his administrative staff have had nearly a year to figure this out, and yet Inslee said in a press conference that “they’re working on figuring out what it might look like and may have an announcement in several weeks.”

In the meantime, businesses will go bankrupt while Inslee administration officials sips coffee and host a roundtable Zoom meeting on what needs to happen next. Perhaps they will circle back with us with the next steps shortly, but don’t hold your breath.

This is a fundamental failure in leadership and demonstrates that Inslee is out of his depth and has no idea how to get Washington back to work.

Inslee and his leadership team are an embarrassment to Washington. While the rest of the country continues to ease restrictions, and make progress, Inslee continues to keep Washington in the dark.