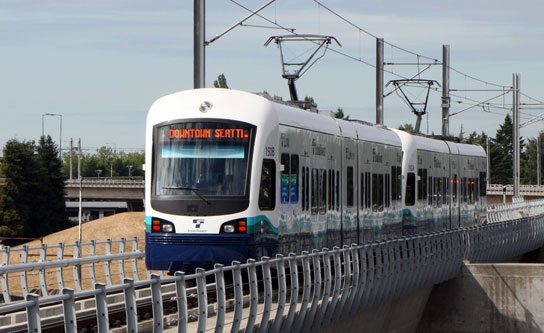 Regular Shift readers are well aware that there are a great many reasons to vote against the light rail boondoggle known as Sound Transit 3 – or Proposition 1. Chief among them:

Of course, those on the “Yes” side try to argue away such facts, with expensive ads showing smoot-running trains filled with happy people. It’s all about suggesting that this regional package will do great things – and one of the main talking points to convince younger voters to accept such a flawed package is to claim that it will be great for dealing with climate change.

Now, regardless of how you feel about climate change, you might think such a statement could be true. After all, people taking a train are not driving a car.

And you would be wrong.

Turns out that Sound Transit is not telling the truth, the whole truth, and nothing but the truth when they tell voters that approving ST3 will result in an improved environment. And the environmentalists and bureaucrats pushing the expensive ballot measure know that.

As highlighted by former State Transportation Director Doug MacDonald, “according to Sound Transit itself, what turns on the ST3 vote is the prospect of an incremental 130,000 metric tons reduction in 2040. That’s not very much — well under 1 percent of what greenhouse gas emissions in the region would then be otherwise.”

And don’t assume that MacDonald dismisses the value of reducing global warming. In fact he thinks environmentalists should demand more, writing “it’s a stretch no major environmental organization should make to suggest that a 1 percent regional greenhouse gas emissions reduction in 2040 is a big payoff for the climate. We need real action and big reductions much sooner than that — and for billions of dollars, it wouldn’t be hard to do so in our region.”

Further, even the 1% reduction is inaccurate. MacDonald points out that “the ST3 picture gets worse. Sound Transit itself has published no analysis of what everyone paying attention knows to be critically important in the climate/carbon discussion: What is the scale of the negative carbon effects from all the construction activities to build big concrete-and-steel intensive projects years before any benefits at all might offset those greenhouse gas assaults?”

Also debunking Sound Transit’s environmental claims is the state’s foremost conservative – and data-based – writer on environmental issues, the Washington Policy Center’s Todd Myers. In a column last month he wrote “for every $100 dollars we spend on ST3, we will receive 12 cents worth of carbon reduction. More will be spent on public art than carbon reduction with ST3. Obviously, people would laugh if ST3 was sold as an effort to expand public art. Yet, the percentage of the budget that will reduce carbon emissions is actually far smaller.”