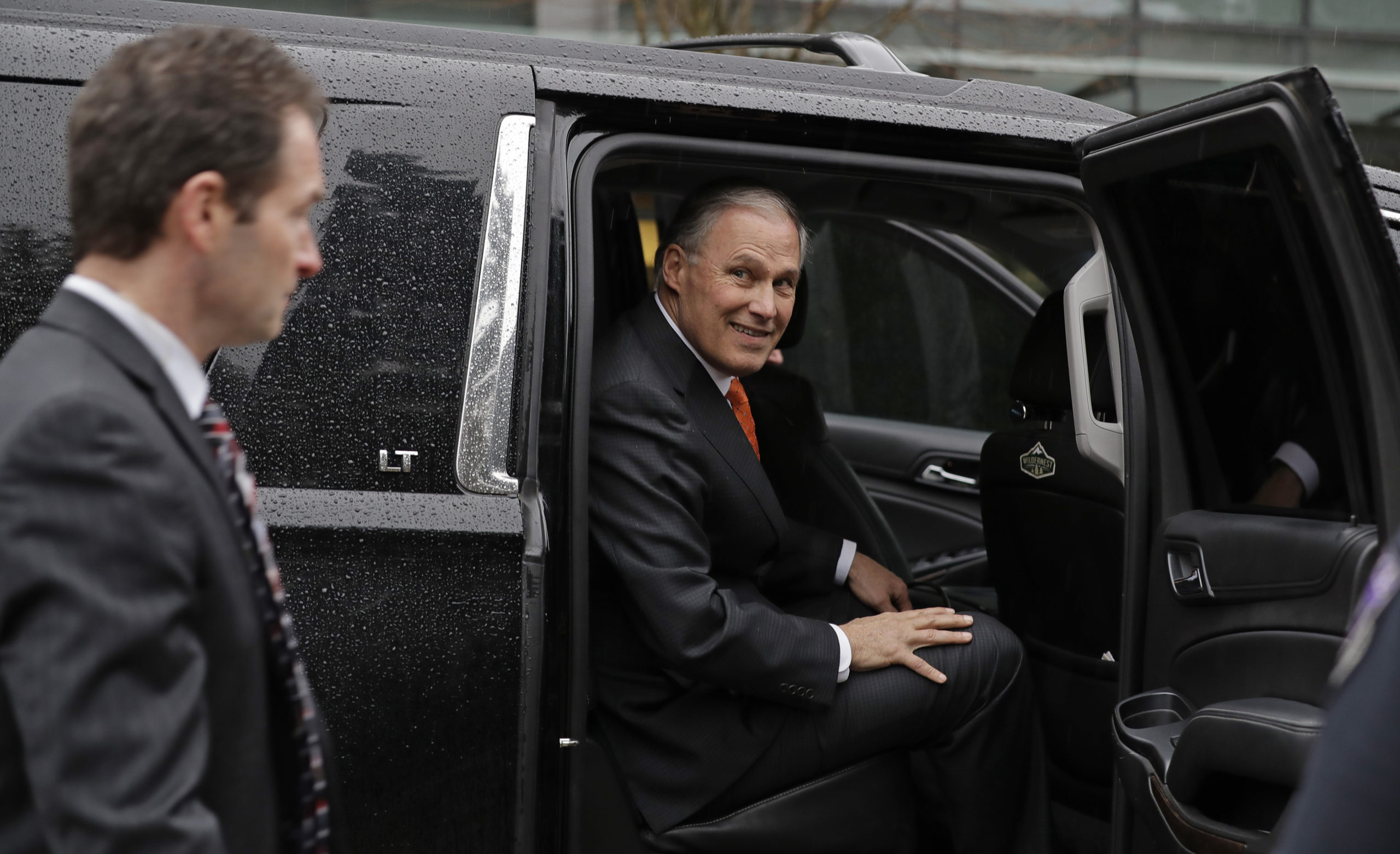 Democrat Representative Alex Ramel introduced a truly progressively left and nutty bill this session, House Bill 1287, which bans the sale of new gas-powered cars and trucks in Washington by 2030. The bizarre bill, supported by the majority of the Democrats in the legislature, passed, and was sent to Democrat Governor Jay Inslee’s desk for his signature.

However, in the bizarro world of Inslee, the bill didn’t go far enough, and he vetoed the bill, much to the disgust of his Democrat colleagues in the legislature.

The issue for Inslee, came down to the implementation of the gas-car destroying bill requiring a GPS- tracking system being added to your car, so big government can more easily watch you at all times. It’s not that Inslee doesn’t want to track where and when you drive, it’s because Inslee doesn’t want anything to stop his extreme green agenda, and this was a distraction in his mind. The GPS-tracking feature is supported by the majority of the Democrats in Olympia, so it will be back again in the future.

Rep. Ramel, whose spot in the legislature was gladly bought and paid for by extreme green political action groups like the mis-named Washington Conservation Voters Action Fund, seemingly has, as his primary goal, ridding the planet of gasoline. Maybe he thinks everyone can afford to buy a new Tesla just because the law says they can’t buy their favorite fuel-injected Chevy. Never mind all the gas stations would be forced to close, destroying jobs and shutting down the quickie mart and slurpy market in one fell swoop.

If you are a truck driver, it gets worse, since the commercial electric truck market doesn’t have an electric truck for purchase (yet), and isn’t likely to for several more years. Fords prototype F-150 is supposed to top out at $90,000.

will cause mass electrical blackouts, as the Washington power grid can’t handle the increased electrical demand of charging all those new cars overnight. Inslee’s green agenda also makes things worse as he is forcing wind and solar down everyone’s throat, and the last time we checked, the sun doesn’t shine at night. The Washington power grid has to a lot to do to catch up, or we are likely to see blackouts as they did in Texas this year.

Forcing the electrification of cars and trucks is not just about the green unicorn dream of zero carbon emissions, it’s also about getting you out of your car and onto the Democrat plan of free light rail and bicycles for everyone. Inslee and the Democrats literally want you walking and riding a bike while they ride around in their luxury Tesla’s and security-protected SUVs.

The fact that Ramel and Inslee are pushing the electrification is a political play, not based in reality, and shows they don’t understand what Washington voters need and can afford. The market will move if, and when, electric vehicles become a competitive, affordable product. In the meantime, early adopters will help, and refine cars and trucks until it becomes something everyone can afford (and want). Have you seen a Chevy Volt? It’s not exactly a head turner.

At some point the argument comes down to whether the government has the right to tell you what kind of car you are allowed to buy, how it is powered or where you can drive it.

If Inslee is so passionate about electric cars, why doesn’t he trade-in his gas-guzzling SUV in for a Chevy Volt. What’s good enough for the common people should be good for the elite, right?