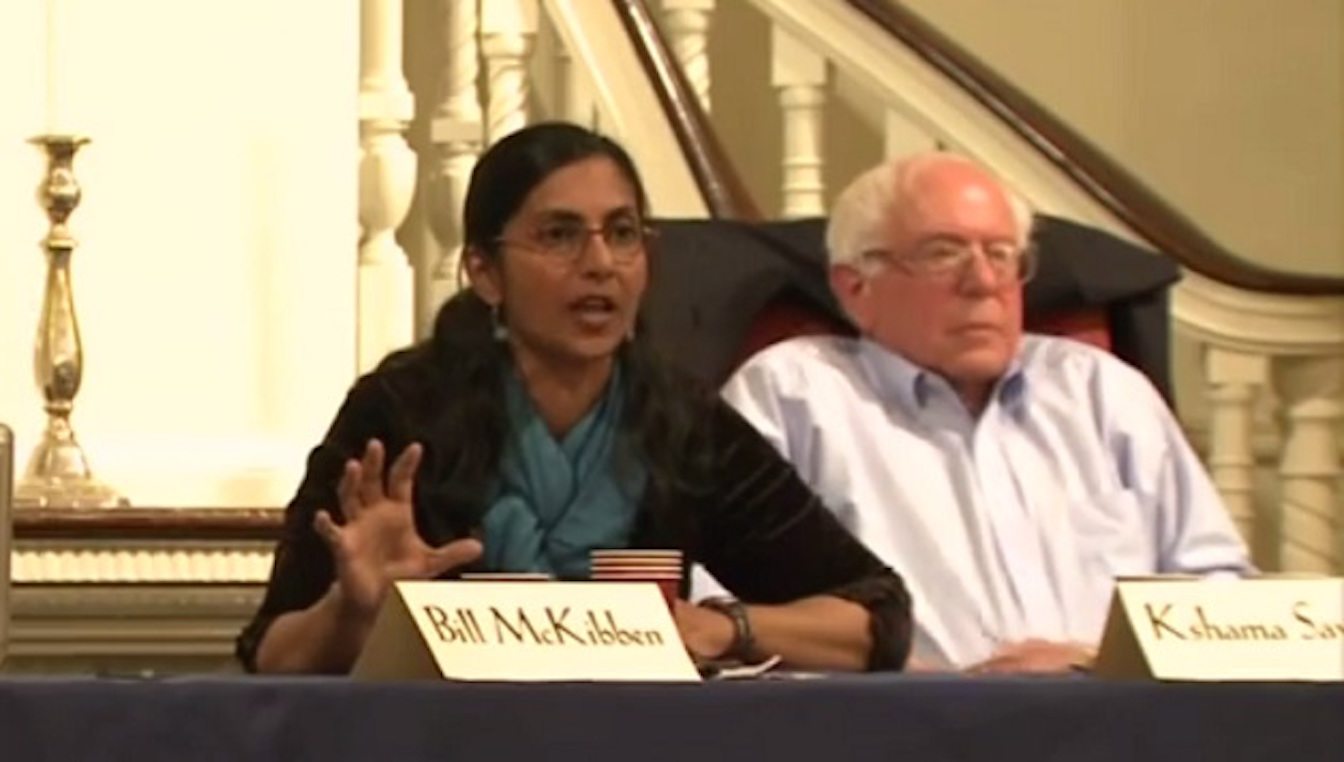 Democrat presidential candidate and self-proclaimed socialist Bernie Sanders is headed to Seattle on August 8, to headline a “Social Security Works” rally in Westlake Park. Sanders’ appearance is not an official campaign event. It is, however, according to the Seattle P-I, “the first time in the 2016 campaign cycle that a major party candidate visiting Seattle has NOT limited his or her appearance to a pricey fundraiser at a millionaire’s digs in Seattle or Medina.”

But, then again, that might just be because socialists are rarely invited to the homes of millionaires in Seattle and/or Medina.

Sanders will share the stage with, among others, Socialist Seattle City Councilmember Kshama Sawant. As could be expected, Sanders’ presence instigated a very, very long public statement from Sawant in which she managed to make it all about… herself. Here are parts of her self-involved statement (we’re sparing you from reading the whole, protracted statement):

“It’s very exciting to have Sanders join us in Seattle. It’s a great opportunity to build the socialist movement to take on the billionaires that are strangling our economy and democracy. The support Sanders is receiving is a resounding confirmation of what my election showed in 2013 – people are hungry for an alternative to corporate politics…

“When I ran in 2012 and 2013 I was almost alone as a candidate in calling for the $15 minimum wage workers were demanding. Yet even now after the passage of $15 in Seattle, San Francisco, L.A., New York, and all 10 campuses of the University California system, the majority of corporate-backed candidates continue to drag their feet…

“Sanders stands out from the rest of the presidential candidates in refusing to take corporate money. I also do not accept corporate cash. Corporate CEOs are spending hundreds of thousands of dollars to defeat me and elect their hand-picked representatives to the rest of the Seattle City Council.

As you can see, the overwhelming theme of Sawant’s statement is, clearly, herself. It’s what we’ve come to expect from the self-involved socialist diva.

Incidentally, the announcement of Sanders’ speech came via the Washington Consumer Action Network which, as the Seattle P-I points out, is a “labor-affiliated group best known for non-stop protests and harassment of Republican gubernatorial candidate Rob McKenna during the 2012 election.”