They claim, “we focused on passing an on-time, transparent, and balanced budget…”

The truth is their process was anything but transparent. Sure, their budget did get passed before the clock ran out on the legislative session, but barely. And that’s really embarrassing considering the majorities the Democrats have. Instead, they waited until the last minute to introduce a budget and included a title only bills, offering amendments with little-to-no time for public input or review.

The Washington Policy Center has covered title only bills for a long time, here’s an excerpt from one of their blogs from the latest legislative session:

For years we’ve been warning about the dangers of allowing lawmakers to use constitution-circumventing Title Only bills. After seeing the horrendous abuse demonstrated by using a Title Only bill in the final days of session to impose a constitutionally suspect and stealth tax increase on certain banks, calls are now growing for legislative transparency reforms. There is also a bipartisan request from several lawmakers asking the Governor to veto this new tax (HB 2167) for the lack of transparency and public process. (Source: https://www.washingtonpolicy.org/publications/detail/governor-asked-to-veto-stealth-tax-increase-due-to-transparency-concerns)

They claim they, “help more people with rising property taxes”

The Democrats undid thousands of hours of work on the McCleary education fix, allowing school districts to increase their local property tax levies at an unsustainable rate. These tax increases will hurt, and land the state back in court for not complying with the McCleary ruling. It’s true, they (as in the entire legislature) did expand the senior, disabled, and veteran property tax relief. But don’t let their their word games fool you, they gave the teachers union the power to raise property taxes locally.

They claim, “we opposed tax increases”

Kilduff and Leavitt should be ashamed of themselves for lying to their constituents. They should be willing to stand on their records. If their voters are pleased with them, then they’ll be sent back. Their job description is in their title, “representative”. If their record doesn’t match the will of the voters, then they aren’t good Representatives and should be replaced. 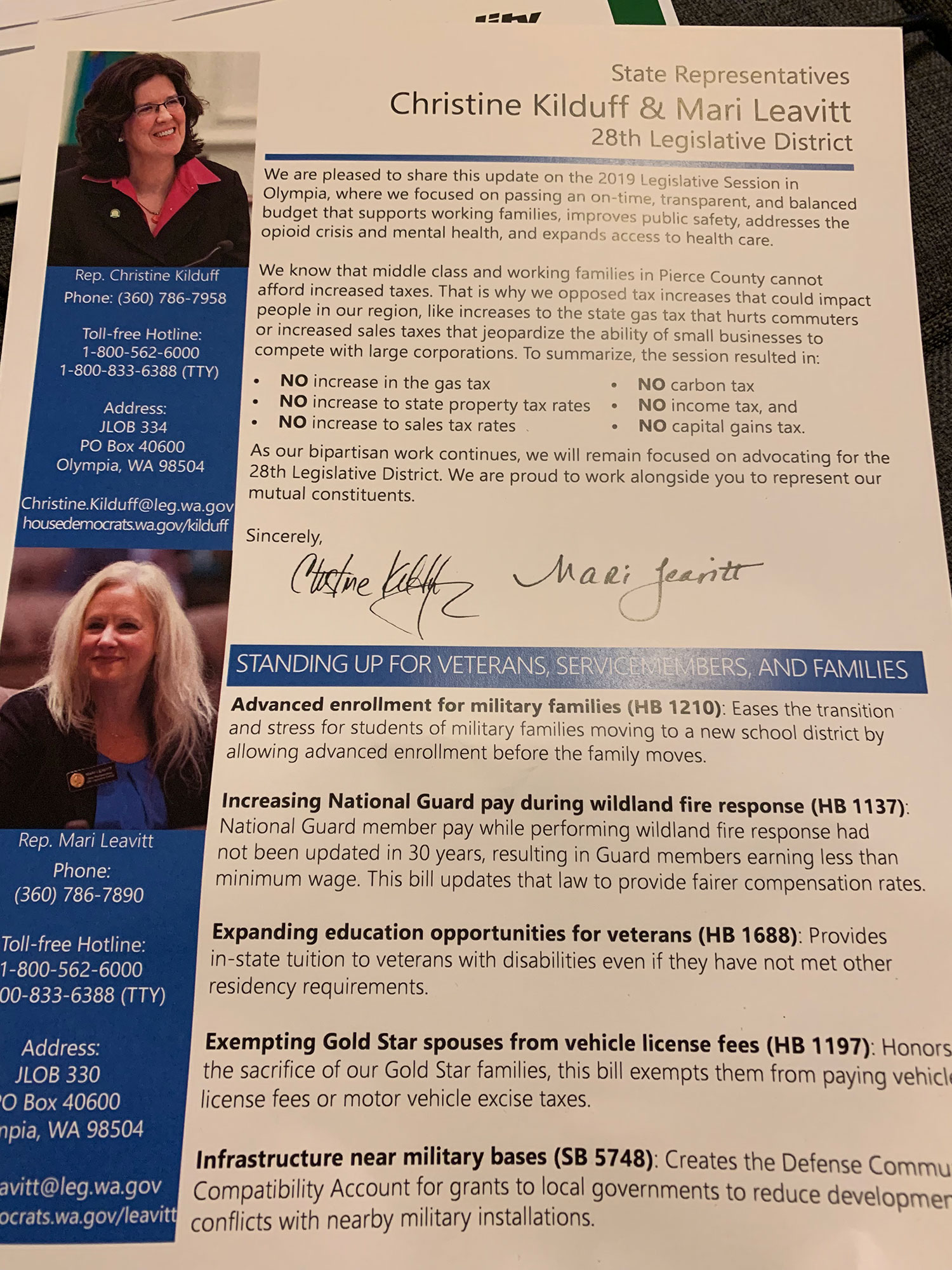